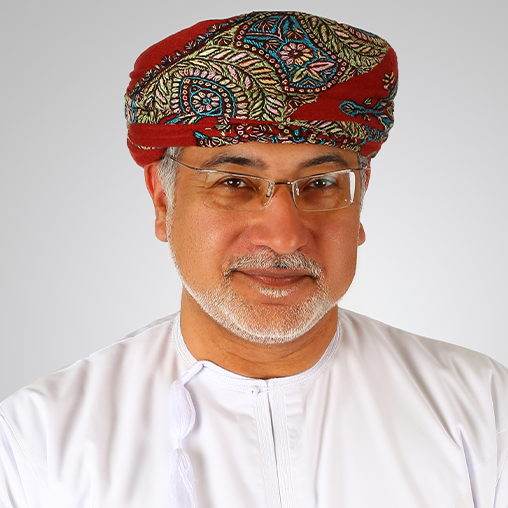 Sami A.R.A. Baqi Al Lawati (MA, MEng, C.Eng M.I.ChemE) achieved Masters in Chemical Engineering from the University of Cambridge, UK in 1990.  He started his career in PDO as concept/front end engineer before moving into project engineering.  He then worked in Production Operations and in the field of Subsurface Production Technology. In 2004, Sami became the Project Manager for a multimillion Thermal Enhanced Oil Recovery Project and then went on to become the Engineering Manager for the PDO’s North Oman Asset.  Sami was then appointed as the Project Manager for another multibillion miscible gas injection EOR project.  In July 2011, Sami joined the Managing Director’s Committee, assuming the role of Infrastructure Director where he was responsible for eight distinctive departments that reflect the vast scale of the services and support required by PDO.  In early 2017, Sami was appointed as Oil South Director with direct accountability for managing the hydrocarbon resources of the largest oil producer assets in PDO. On 1st January 2019 Sami took over as the Technical Director for PDO.